DISCOVER ISTANBUL Must Dos in Istanbul 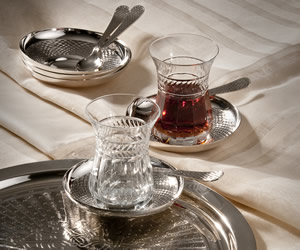 Having a çay, (tea), in Istanbul is as culturally grounded and socially engrained as a meyhane dinner. Go to Bebek for a çay at least once. Bebek means ‘baby’ in Turkish, so you can imagine the sweet beauty within the area if its namesake portrays anything about what locals have thought of the area for centuries. It was named this because of its positioning on the Bosphorus, with sweeping views from its little bay, making it the is the kind of neighborhood within Istanbul that feels more like a village than a part of the city. It is fully integrated into the city but it retains its charm. Have a çay at Bebek Kahve, with a view of the Bosphorus and enjoy a çay alongside the well-dressed Bebek locals and intellectuals, as they play backgammon in the shade of the Bebek Camii (mosque).